Increase in Demand for Second Citizenship among UAE expatriates

Dubai: The demand for a second passport among expatriates in the UAE has increased by 67 per cent in the first six months of this year compared to the same period last year, according to statistics gathered by Bluemina, an immigration company in the UAE.

The demand also increased across the Gulf Cooperation Council (GCC) by 30 per cent in 2017-18.

The research suggests that more people consider opting for a second passport to protect their assets and ensure a secure and prosperous future for them and their families. 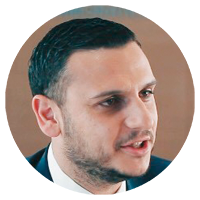 “Another citizenship can allow travellers to submit one book for visa processing, while maintaining travel plans for other international travel with the second passport,” he said.

The vast internationalisation options a second passport allows also include the ability to invest, open bank accounts, travel, and provide the option of residing and starting a business in countries that were not an option before.

In 2017 alone, figures showed that the top three nationalities that contributed to this spike in demand are Syrians with 31 per cent, followed by Yemenis with 18.6 per cent and Lebanese 9.7 per cent.

The research also showed that more than 40 per cent of expats in the UAE have sold their properties in their home countries to obtain second citizenship.

Obtaining a second passport can take as little as three to six months. However, the cost can differ depending on each country’s citizenship and residency programmes.

Each nation has specific requirements, benefits, time frames, and financial obligations. For example, citizenships from St Lucia and Dominica can be obtained in a few months with contributions from as little as around Dh367,000 ($100,000) without any obligation to live there for any amount of time. Such services are provided through citizenship and immigration companies in the UAE such as Bluemina.

The research also showed there is also an increase in the number of families applying for second citizenships over single applicants. The main reason is that countries like St Kitts and Nevis, and Antigua and Barbuda are accepting a family of four members for around Dh500,000 ($135,000). “For this cost, a family of four will receive lifetime citizenship of a Commonwealth country and passports, which can eventually be passed down to future generations,” said Daoud.

Last year, as many as 83 per cent of high-net-worth individuals applying for a second passport in the UAE were families.

“These are individuals with high income, wealth, or with savings making them able to invest $150,000 in a second citizenship,” clarified Daoud.

High-net-worth families in the GCC contributed to a 76 per cent increase in demand for second passports from Europe or the Caribbean in the last quarter of 2017.

While there are many gains to enjoy from holding dual citizenship, there are a few factors people should keep in mind.

Daoud pointed out that extensive background checks for security clearance, known “due diligence”, can be a very scrutinising and lengthy process during the application process.

Taxation is another factor that should be considered when applying for another passport.

Benefits of a second passport

■  Visa-free access to Europe and Schengen countries (over 130 countries) ■  Protection from current instability and political nuances ■  Freedom to purchase and diversify your assets globally ■  Open and register bank accounts and businesses in other countries ■  Lifetime security for you and your family ■  Access to world-class health care and education ■  Ease of travel with an internationally recognised passport ■  Tax-free living and planning; no income or inheritance tax